Post view count: 357
In Sugester you can add currencies to your deals. This feature helps you controlling your income and you can see the currency of a particular deal. You can select every currency in the world.

In this article you'll learn about: 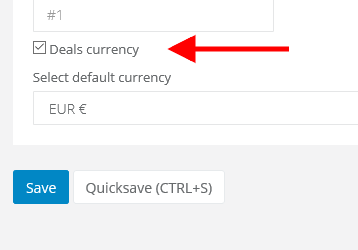 After enabling currencies, select CRM > Deals. Pick any deal and click on Edit. In the Currency field select currency you need.

The system will offer you 7 default currencies: Polish Zloty, Euro, British Pound, Yen, Dollar (American, Canadian, Australian). If you need another currency, select More options from the list and you will see the rest of them: 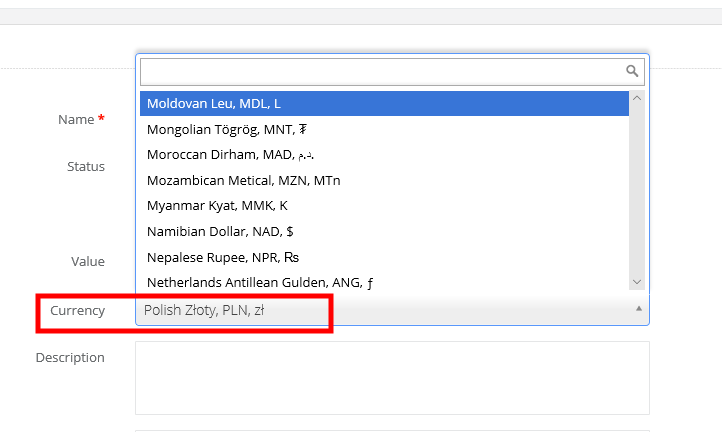 If the currency column isn't displayed on the main deals list, then you have to add it in Display options. Select CRM > Deals, in the top right corner click on the cog icon and Display options. Next, mark the Currency checkbox: 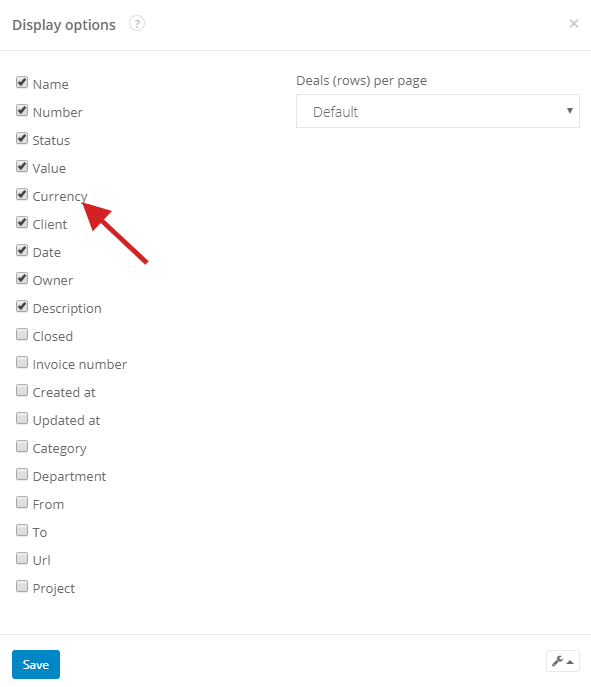 If you're working with different currencies, you can now sort deals by them. You will find the browser on the left side in deals module.

If you're using different currencies for your deals, the system will sum them up apart from each other.